The "thirsty bitches" are back!!! Netflix has given "Selling Sunset" the green light for seasons 4-5 ... and even though stars Brett Oppenheim and Davina...
Read more

On the heels of a historic election that saw a record number of women and people of color — including Oscar winner Whoopi Goldberg and Oscar-nominated filmmaker Ava DuVernay — elected to the Academy of Motion Picture Arts and Sciences board of governors, the organization behind the Oscars has announced new representation and inclusion initiatives for 2020 and beyond. The most striking and potentially most controversial: to be eligible for a future Oscar, contenders would have to meet some as-yet unspecified diversity requirement.

“While the Academy has made strides, we know there is much more work to be done in order to ensure equitable opportunities across the board,” Academy CEO Dawn Hudson said in a statement. “The need to address this issue is urgent. To that end, we will amend — and continue to examine — our rules and procedures to ensure that all voices are heard and celebrated.” 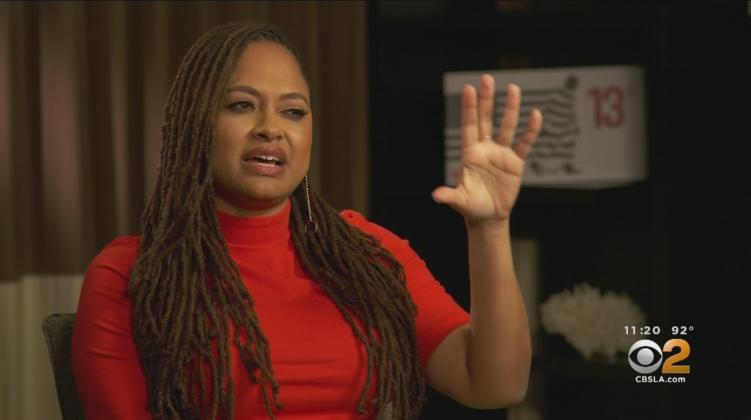 The new initiatives are being announced as the media industry at large continues to confront the lack of diversity within Hollywood and the Academy, a long-term problem that erupted in public five years ago with the #OscarsSoWhite backlash and has now been thrust back into the headlines with the public outpouring of support for the Black Lives Matter movement. Those protests have already been led to change in other industries. Earlier this week, the Grammys changed the name of the controversial “Best Urban Contemporary Album” to “Best Progressive R&B Album.”

For the Oscars, the Academy will create a new task force — whose membership will include current Governor-at-Large DeVon Franklin — that will implement new representation and inclusion standards for Oscar eligibility. They are tasked with coming up with rules that will go into effect beginning with films released in 2021. Meanwhile, the number of Best Picture nominees will officially be set at 10, allowing for a greater range of titles to be in contention for the top prize. (The Academy made the move back to 10 nominees in 2009, but allowed the number to fluctuate in recent years.)

The recent Best Picture wins by films like Moonlight and Parasite are often held up as evidence that expanding the category has made room for films that wouldn’t have been nominated, let alone won, in decades past. To make it easier to see a wider range of films, the Academy will also implement a quarterly viewing process on the official streaming service, the Academy Screening Room. That move to 10 nominations will also officially take effect with the 94th Academy Awards, which will likely be held in 2022. The 93rd Academy Awards — celebrating the films of 2020 — are currently scheduled for Feb. 28, 2021, although the Academy is reportedly considering postponing the event.

Changes will also be seen among the board of governors in the form of term limits. Previously, governors could serve up to three consecutive three-year terms with a one-year hiatus and no lifetime maximum. Under a new resolution, that begins with the newly elected 2020-21 group, governors will only be allowed to serve for a lifetime maximum of 12 years broken down like so: two three-year terms, followed by a two-year hiatus, and then the possibility of two additional three-year terms. Moving forward, unconscious bias training will be mandatory for Academy governors, branch executive committee members and Academy staff, and the organization will also host a series of public panels moderated by industry leaders like Goldberg and featuring conversations about diversity, inclusion and Hollywood’s history of racial stereotyping.

The Academy’s announced plans received a mixed response on Twitter, with some praising the organization for acting and others expressing frustration that these changes hadn’t been implemented sooner.

This article was originally posted on yahoo.com/entertainment/.

RACHEL MADDOWCOVID NEARLY KILLED MY PARTNER …You Don’t Want This, Trust Me!!!

The "thirsty bitches" are back!!! Netflix has given "Selling Sunset" the green light for seasons 4-5 ... and even though stars Brett Oppenheim and Davina...
Read more

EX-RNC CHAIR MICHAEL STEELETRUMP’S GOT HIS CLAWS IN THE GOP… No One to Declaw...

SANTA CLAUSIMMUNE TO COVID-19… Take It From Dr. Fauci!!!

PORSCHE PARKING FAILOwner Careens Off Wall …LANDS ON TOP OF ANOTHER CAR!!!

The "thirsty bitches" are back!!! Netflix has given "Selling Sunset" the green light for seasons 4-5 ... and even though stars Brett Oppenheim and Davina...
Read more
Celebrities

The "Double Fantasy" album John Lennon signed for Mark David Chapman hours before Chapman assassinated him is hitting the auction block ... and is expected to...
Read more
Celebrities

Think COVID could stop Russell Westbrook from helping out some families in need during the holiday? HELL NO!! The NBA superstar...
Read more

You better beleaf it's Fall and these fair-weather famous people are ready to cover as much ground outdoors as mother nature herself!
Read more
Influencers

In-N-Out Burger has made its way to Colorado, but instead of enjoying double-doubles and milkshakes ... many Aurora residents are dealing with...
Read more

Madonna has revealed some health news in a new installment of what she’s calling her “quarantine diaries” “Took a test...
Read more
Beauty

The Go-Go’s’ Kathy Valentine talks infamous Rolling Stone cover, ‘Beauty’ secrets, and why they’re not in the Rock Hall

Sixteen years ago, at the height of “Bennifer” mania, a young actress named Raquel Castro received what seemed like the showbiz break of...
Read more
Beauty

On Wednesday, President Donald Trump and the first lady made a joint public appearance in honor of Arbor Day. Now they’ve got another special...
Read more

Disney World Gets Guidelines for Reopening Once Coronavirus Crisis Improves

Kristin Cavallari and Jay Cutler's divorce might not be so amicable after all. The Laguna Beach alum is accusing the former NFL quarterback of "inappropriate marital...
Read more
Style

Second ‘Will and Grace’ series finale leaves fans in tears

The second series finale for Will and Grace aired Thursday night. The show, which won 18 Emmys over 11 seasons, originally ran from 1998...
Read more
Style

Tom Hanks is offering more details about his experience with the novel coronavirus (COVID-19). In a recent interview on The National Defense...
Read more
Fashion

Hanne Zaruma is no ordinary tech nerd. Rather than coveting the latest iPhone, the Ukrainian artist sees beauty in...
Read more